Oceans are the habitat for many species found on our planet. They are also the source of storms and life-giving rains. Scientists are constantly discovering their secrets, which never cease to amaze. Today we uncover 8 interesting facts about the oceans for you!

The longest mountain ridge on Earth is located on the ocean

The Mid-Atlantic Ridge is the longest mountain ridge on the planet. This underwater mountain chain is more than 50,000 km long and runs from the Arctic Ocean through the Atlantic Ocean, Africa, Asia and Australia to the Pacific Ocean, lapping the western coast of North America. The Mid-Atlantic Ridge marks the boundary that tectonically separates the Americas from Europe and Africa.

The Atlantic Ocean is expanding

This is due to the movement of tectonic plates, specifically the dynamics of the Mid-Atlantic Ridge. He plays a fundamental role in the consistent expansion of the Atlantic Ocean. The Pacific Ocean, on the other hand, shrinks by 2-3 centimeters every year, which in turn is caused by tectonic movements along the Pacific Ring of Fire.

Scientists have studied only 5% of the oceans

It’s astonishing, but scientists have so far studied only 5% of our oceans. Considering that the deep sea is home to 94% of all species living on Earth, there are still many exciting discoveries ahead. It turns out that scientists have more accurate maps of Mars than the ocean floors!

The Great Barrier Reef can be seen from space

The lowest point on Earth is at a depth of more than 11,000 meters

The Challenger Deep, located in the Mariana Trench in the western Pacific Ocean, is the lowest explored spot on Earth. Its depth is 11,034 kilometers. If one could place Mount Everest at the bottom of this trench, the peak would still be 1,609 km below sea level!

There are some marine species that enjoy extreme conditions, previously considered unsuitable for life. Fascinating life takes place around so-called black chimneys – places where water reaches 200 degrees Celsius due to high pressure. The process of chemosynthesis transforms water in these areas into sugar, which is fed by some species of jellyfish, giant sea earthworms, crabs and shrimps.

In 1997, a garbage island appeared on the surface of the Pacific Ocean. This drifting dump is a huge vortex circling between Hawaii and California. Most of the garbage does not completely disintegrate, but only turns into dust, which forms a slurry and poses a serious threat to marine life.

It is even grander than the largest dinosaur species known to scientists. The blue whale can reach up to 25 meters in length, and its body beats a heart the size of a small car. These incredible mammals sing and can call each other. 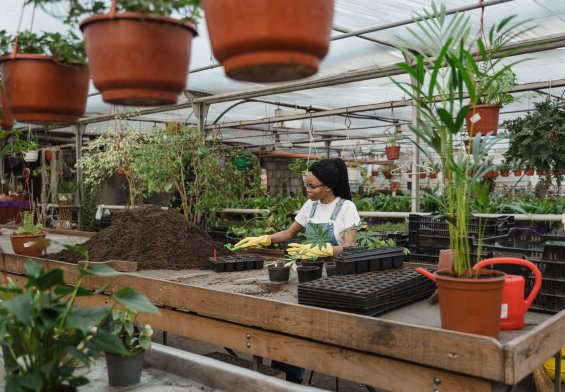 How is a rainbow formed?