Diabetes, which affects millions of people worldwide, can be divided into two categories: type 1 and type 2. Although there are many similarities between the two types of diabetes, there are also differences that affect each person differently. The six major differences between diabetes type 1 and type 2 are outlined in this article, with tips on how to manage your disease depending on the type you have.

The difference in the diagnosis

People with type 1 diabetes are diagnosed after they’ve had an acute onset of hyperglycemia (abnormally high blood sugar) that requires immediate treatment. This can happen when someone has an infection, is recovering from surgery, or has suffered some other kind of physical trauma. People with type 2 diabetes often have milder symptoms—high blood sugar levels that can be controlled by diet and exercise—or no symptoms at all, but they still have diabetes.

The diagnosis of type 1 diabetes is made based on blood glucose levels. If a patient has a fasting blood glucose level of 126 milligrams per deciliter (mg/dL) or higher, an oral glucose tolerance test (OGTT) should be administered. If two hours after eating, their blood sugar is greater than 200 mg/dL they are considered to have diabetes mellitus type 1.

The difference in symptoms

Patients with type 2 diabetes can present in several ways. Some may not even know that they have it until complications arise such as heart disease, stroke, blindness, kidney failure, or amputation of limbs. Others will have classic symptoms such as excessive thirst and urination; unexplained weight loss; fatigue; blurred vision; tingling in hands and feet; slow-healing sores or infections; numbness in hands and feet, and increased hunger with weight gain.

A major symptom of diabetes type 1 is frequent urination (both day and night). It’s possible for some people with type 2 to have similar problems. However, in addition to urinating more frequently, diabetics with type 1 usually lose large amounts of sugar in their urine. Those with type 2 usually don’t lose as much sugar when they urinate. In fact, it’s common for someone with type 2 to only pass a small amount of sugar per day—so you might not notice symptoms until your blood glucose levels are very high.

The difference in management

While both types of diabetes are characterized by elevated blood glucose levels, there are several key differences in their management. People with type 1 diabetes will always require insulin shots or other diabetes medications because their bodies can’t produce enough insulin on their own. In contrast, people with type 2 may eventually be able to stop taking medications if they make healthy changes to their diet and lifestyle, such as exercise or weight loss. For these reasons, type 2 is sometimes referred to as milder diabetes. However, it should be noted that although people with type 2 can manage their condition without medication for many years—and often decades—it isn’t a cure; they still face an increased risk of complications compared to someone without diabetes.

The difference in complications

The difference in mortality rates

The mortality rate for people with type 2 diabetes is significantly higher than it is for those with type 1. According to research, roughly 90 percent of people with type 2 will die of heart disease or a stroke. However, while 60 percent of those who have diabetes (type 1 or type 2) will die from cardiovascular-related illness, only 30 percent of those without diabetes will do so. This means that those with type 2 are twice as likely to die from these causes as their non-diabetic counterparts. But why? What’s going on here? The answer lies in insulin resistance. In both types of diabetes, there’s an inability to produce enough insulin—but in type 1, there isn’t even any insulin present. In other words, they don’t have any way to process glucose at all. For those with type 2, however, there is some level of residual insulin production; but since their bodies aren’t able to use it properly—due to high levels of blood sugar—their cells become resistant to its effects.

Tips to manage the both types

Have an understanding of both types of diabetes so you know what to do in an emergency. Be familiar with first aid measures for hypoglycemia (low blood sugar) and hyperglycemia (high blood sugar). Create a network of friends, family, co-workers, or other support systems who are educated about your type of diabetes. To successfully live with two different types of diabetes, it’s best to have a strong support system to help monitor your health needs. If you’re living with both types, it may be worth your while to consider working with a doctor that specializes in treating patients who have both forms of diabetes.

If you are looking for a remedy to regulate insulin levels then you can get it from ZenoCure.

Hangover – what it is, how it occurs and how to avoid it? 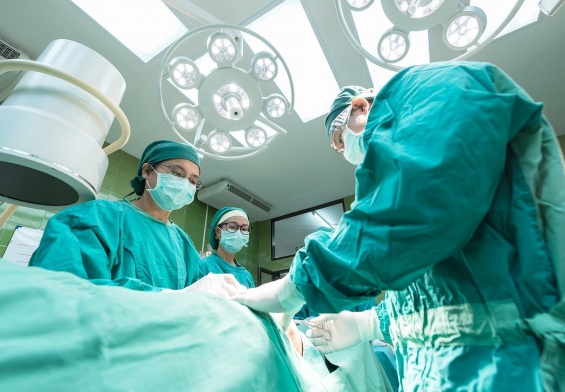