Chimpanzee and human DNA are 98 percent identical. It’s no wonder, then, that chimpanzees possess so many amazing traits and skills inherent in humans.

They are closely related to humans

The common chimpanzee is one of the most closely related primates to humans and has many traits similar to ours. This is because there is a 98% similarity between human and primate DNA. The chimpanzee is so close to humans on a genetic level that for a time it was proposed to include them in the genus Homo.

They have mathematical aptitude

Chimpanzees have a talent for mathematics, being able to distinguish between concepts such as “more than” and “less than,” as well as to rank objects from smallest to largest.

Chimpanzees show similar emotional reactions to ours, for example, when injustice and harm happens before their eyes. This is evidenced by their gestures and facial expressions. Chimpanzees are also unfamiliar with fits of hysteria when they take a risk of some kind and suffer a setback. Chimpanzees can also experience disappointment and cry. What’s more, bonobos show empathy and compassion, comforting weaker fellows, especially when they are victims of aggression or conflict.

Although it’s hard to believe, chimpanzees have an innate sense of justice, showing, for example, sensitivity to the equal distribution of goods and accepting less in order to be fair to other animals.

They have a developed self-awareness

Chimpanzees have self-awareness – like humans, they are able to express what they are thinking about, are able to predict the consequences of their actions and act accordingly. All common and bonobo chimpanzees successfully pass the mirror test: they understand the nature of their reflection and efficiently go through the tasks set before them.

Chimpanzees can recognize human language and learn it. Although they cannot speak due to the structure of their vocal apparatus, they can communicate using sign language. What’s more, chimpanzees can use words figuratively, create new concepts by combining familiar words, and express emotions. There is a well-known case of a female bonobo who taught her baby sign language.

They make use of working tools

Chimpanzees are able to use numerous work tools, they know a variety of techniques for catching termites and ants, use stones to crack nuts and leaves to collect water. Interestingly, each chimpanzee community has its own fishing techniques, for example, chimpanzees from Gabon usually lie on their sides to catch termites, while chimpanzees from Cameroon lean on their elbows.

They have an exceptional memory

Chimpanzees have a pretty good memory. A male Ayumu from Kyoto University can recall a sequence of numbers from 1 to 9 and press them in the correct order, with less than a second needed to do so! This is astonishing, considering that no human has managed to reach Ayumu’s level! When faced with a chimpanzee by one of the British memory masters, it was Ayumu who proved to be the master.

They can be mischievous

Chimpanzees can also manipulate others. Let us take as an example the female Natasha, who starts clapping at feeding time in an attempt to get the attention of the staff and get more food. When she’s not in the mood and not very talkative, she pretends to be heavily preoccupied with something. It also happens that, to amuse herself, Natasha beckons the visitors to the reserve with gestures, so that – when they get close enough – she douses them with water! 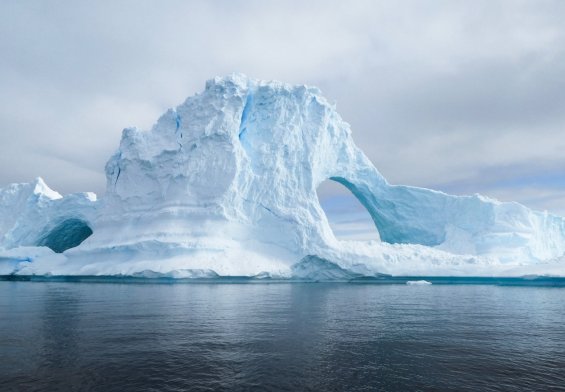 Explore the coldest places in the world

Are you fascinated by the mystery of the Bermuda Triangle? Here are some different theories about it