Atmospheric phenomena, especially those dangerous and inaccessible, have always fascinated people and raised questions about their source. The same is true of thunderstorms, which are dangerous elements, but often also a great spectacle. What do we know about it? How does a thunderstorm and the accompanying large amount of lightning, including lightning strikes ,actually occur? Here is a handful of information

A thunderstorm is one of the most spectacular meteorological phenomena that occurs as a result of the rapid development of clouds with a vertical cumulonimbus structure. What fascinates and frightens us most about thunderstorms is the intensity of the lightning discharges. Accompanying thunderstorms are lightning strikes, thunder, heavy rainfall and strong wind

What influences the formation of thunderstorms?

Up to 1,800 thunderstorms occur simultaneously around the world at any one time. They are formed by the rapid development of Cumulonimbus with very high density and large size. They are up to 8 km wide and stay above 10 km in height. The clouds are formed as a result of ascending currents of warm air with high humidity. Water vapor condenses at an altitude of about 12 km. As the height of the cumulonimbus increases, large temperature differences occur between the base and the upper layer of the cloud. The cold air from above leads to a downward current – gusty winds that usually precede the formation of thunderstorms. This is when lightning strikes

How does lightning occur?

What influences the production of lightning? Lightning is a short duration electrical discharge occurring, for example, in the earth’s atmosphere. The movement of air currents inside a storm cloud leads to the movement of droplets containing electric charges, their strength being greatest in Cumulonimbus. The clashing and mixing of water droplets and ice crystals enhances the phenomenon. Positive charges are carried towards the top of the cloud, while negative charges are carried towards the bottom. It is not entirely clear why this happens, but the centering of electricity of the same sign in different parts of the clouds leads to lightning in the clouds and between the clouds and the ground

Why does lightning or thunder take the form of a spark?

The reason is that air is a very poor conductor. So the equalization of electrical potentials between parts of the cloud and the ground occurs in the form of a violent spark, not through a solid connection. Lightning or thunder belonging to strong lightning (between the earth and the sky) is repeated many times, accompanied by thunder

What do we know about lightning?

Lightning, or atmospheric discharge, and its formation process is complex. It begins with a so-called ”leader,” an initial discharge in the form of a narrow stream of electrons forming a channel that cannot be seen with the human eye. Upon contact with the ground, a positive return discharge passes into the cloud. The next stage is traversed by the actual lightning, which also reaches ground level. These are built up by extremely fast rays that will continue until the return discharge brings the potentials in the cloud into alignment.

Thunderstorms occur after lightning releases heat, which heats the air to an extremely high temperature. The air is expanded under high pressure, and an explosion occurs in the lightning spark channel. The rumble heard from at least a few kilometers away is actually a shock wave. The duration of the thunder is related to the fact that the shock wave bounces off many objects encountered.

Why does the flash always occur before the thunder?

This element is sometimes the subject of inquiry – not only by small children. It is due to the fact that light travels at a much higher speed than sound. It is assumed that the distance of a thunderstorm can be calculated by the time that separates the flash from the thunder. Usually a gap of three seconds means one kilometer away from the storm 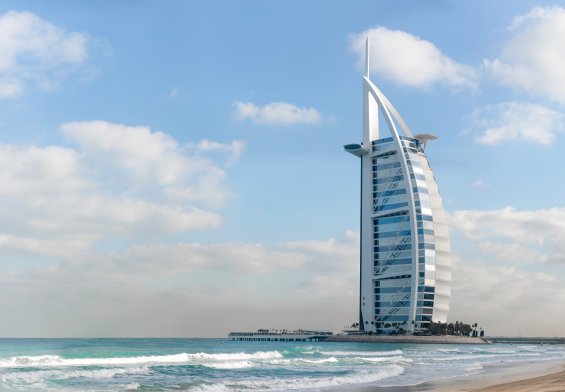 Drones that trigger rainfall in Dubai 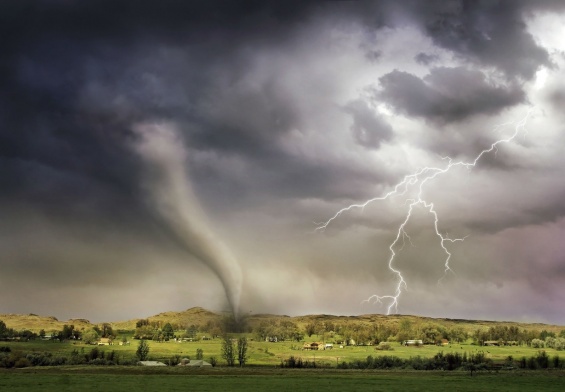 How is a tornado formed?